The end of an era – Windfields Farms 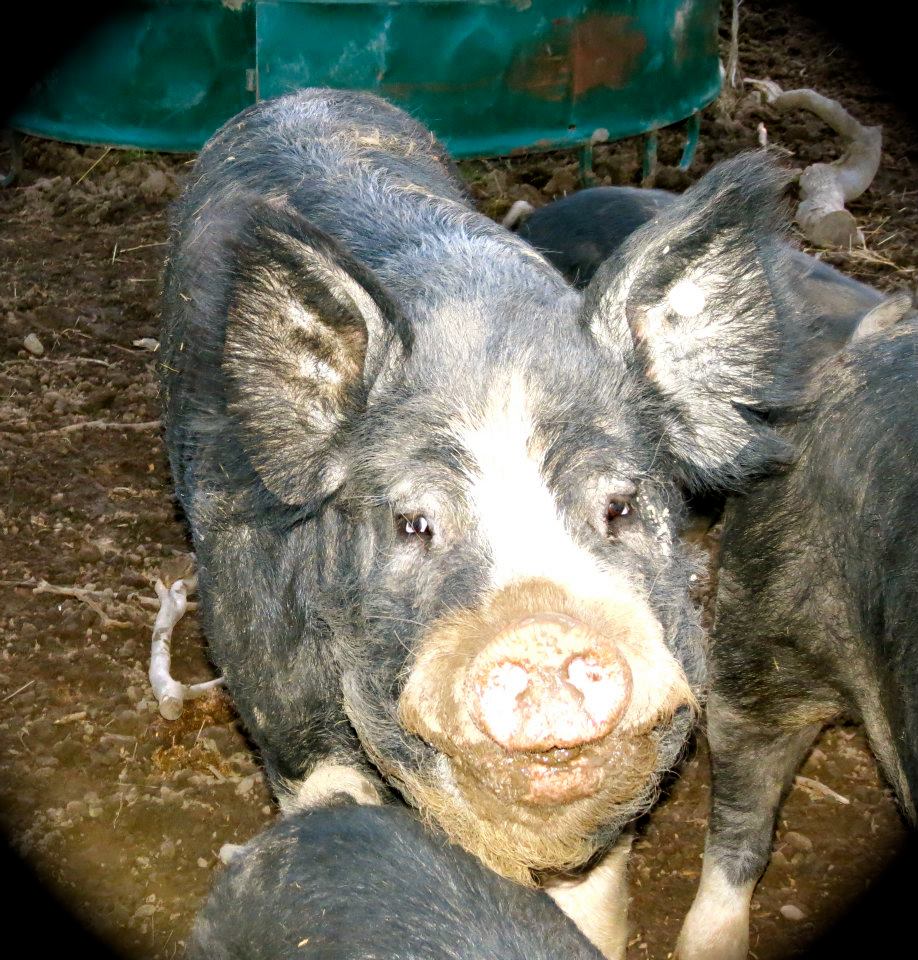 As an active advocate for progressive farming practices, and a one-time owner of pasture raised Berkshires, I found this a very informative bit of info!

Is Canada looking at an end to pig castration?

With the European Union agreeing to ban pig castration by 2018, will this change the face of pig farming forever?

Already there are supermarkets in the UK refusing to stock pork from castrated pigs (called barrows). In Belgium, the supermarket Delaize will cease all barrow pork purchasing by June 2013.

Historically young pigs have been castrated to prevent the occurrence of “boar taint” flavor in the meat, which has a musky unpleasant taste.

Boar taint is caused by compounds that accumulate in the fat as male pigs become sexu- ally active.

However, there is controversy around the castration of young male pigs because the pro- cedure is often performed without anesthetic and is perceived as inhumane. Humane castra- tion is considered prohibitively expensive for farmers producing cheap meat as they would have to pay for a vet to administer the anesthetic.

A new report has been published which looks at the welfare of entire male pigs and how their health and general well being can be improved by not castrating them.

The report, which was produced by agriculture and science consultancy Food Animal Initiative (FAI), and commissioned by Pfizer, suggests the temporary reduction of testoster- one in male pigs through the Improvac vaccine.

This vaccine reportedly prevents boar taint by creating a temporary immune response in the boar, producing antibodies which help control aggressive male behavior. Other benefits include producers being able to finish pigs a week earlier or a week heavier because pigs which have not been castrated have bigger growth potential.

The European Union is banning pig castration by 2018. Will Canada be next? Perhaps all male pigs will be like Big Bad Leroy Brown pictured here. Leroy is a one year old Berkshire Boar. Presently all of his male offspring are castrated at a young age for the Canadian meat market. Photo/AngELiqUE FAWns

Greg Van Geffen, a farmer from Strathroy Ontario, has experience running large scale pig barns and says, “I’m all for it. The process of castration being a minor surgery comes with risk of infection, and other complications. I do think the benefits would outweigh the nega- tives. The overall growth of a boar will be better versus a barrow. Some people may argue that the boars may be aggressive and harder to handle, but I would disagree. Given a regular finished weight of 250 live weight pounds, the boars would just be reaching a maturity where they would start to show this.”

The Canadian Veterinary Medical Association official position on pig castration says this on their website, “castration of piglets to prevent aggression and boar-taint in post-pubertal boars is a painful procedure at any age. The CVMA recommends that when castration of piglets is required, it should be performed between the ages of 3 to 7 days with the use of appropriate analgesia. Non surgical methods of controlling boar taint should be considered as technology develops. “

The report’s author Ruth Clements said: “Rearing entire male pigs can give producers an advantage in terms of a potential growth rate advantage, and obliterates the need for pain- ful castration procedures for the pigs. However rearing entire male pigs can present its own challenges which can leave producers unable to capitalize on any growth rate potential, and leave pigs exposed to other welfare problems resulting from aggressive and sexual behav- iors.”

Though Canada is presently not thinking of banning the sale of barrow meat, there was a letter recently sent out to Canadian grocers from the Canadian Coalition for Farm Animals and the Animal Alliance of Canada, among other Canadian and International organizations.

The letter says, “Recent research findings from the European scientific community, plus slaughter-industry initiatives in Germany and the Netherlands, show ending pig castration is both feasible and practical. Results show previous beliefs about boar taint are not accurate, and the true incidence is very low. Taint can be easily detected at the slaughterhouse, and most consumers cannot even detect low levels of taint in their meat. Furthermore, intact male pigs grow faster, consume less feed and are healthier, thus requiring less medical attention. Finally, they produce less manure.

Geffen concludes “I would be in favor of trying not castrating on my farm.”

There are compelling reasons to end pig castration in Canada. It is economically benefi- cial to producers, it benefits animals and the environment, and there are no complaints from consumers.”